I feel like BASH is sometimes an overlooked tool these days. Writing scripts is simple, and a script can create efficient command line interfaces to achieve tasks that would normally take a lot longer. A great example of this is starting, stopping, and restarting Apache on the IBM i. For those of us not accustomed to the green screen, there’s the HTTPAdmin Web GUI where the user can go to manage Apache servers. While HTTPAdmin is a nice tool, it can also be cumbersome, and it adds time to development when the developer has to leave the command line environment and use a GUI to restart a server.

In this article I’ll be discussing how to writeapachectl as a BASH script for the IBM i as an example of how writing BASH scripts can greatly simplify tasks.

Picking a Location for Scripts

Scripts can be placed anywhere as long as the directory they’re in is added toPATH. I suggest keeping custom scripts inside the user’s home directory and inside abin folder. So, for example, the place I would store all my custom scripts is/home/josh/bin.

To enable these scripts, add their bin to the PATH. In the.bashrc within the user’s home directory on the IBM i, just add something like this:

This appends the user’s home folder bin to PATH. Now any scripts within that directory will be usable no matter whatdirectory the user is in.

Although one could just name the fileapachectl and use it as such, I like to keep.sh on my custom user bin scripts so it is easy to differentiate and doesn’t override any other scripts.

Create the folder and file in whatever manner is easiest. The command line way:

The contents of myapachectl.sh currently contains:

Sometimes it is necessary to enable a bash script. If there are issues running the script, trychmod +x /home/<user>/bin/apachectl.sh.

IfPATH has been properly set, andapachectl.sh is written and ready, then the user should be able to use the script from anywhere while in BASH.

Since it’s a command inPATH , the user will have the convenience of tab completion as well when writing the command.

Here it is in action: 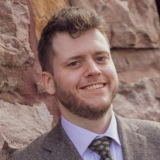